September 2021 Book of the Month 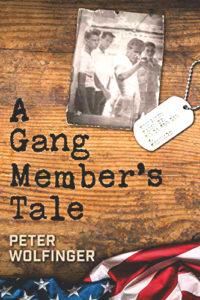 I especially looked forward to reading and reviewing Peter Wolfinger’s book, A Gang Member’s Tale, knowing that so many of our readers lived in the Burroughs of New York and would probably relate to Peter’s teenage life and early years living in New York.

Every page was like a soap opera, going from one wild scenario, with plenty of sexual encounters and gang fights. Family life played a very important aspect as to who dated whom, respect for parents, grandparents, and neighbors. Everyone knew everyone’s business and expected to be loyal friends.

When it came to gangs, it seemed there were no choices but to join one. Each neighborhood had a gang and it depended on being smart if you were one of the leaders or members of the gangs.

Peter’s book took us into his military days in the Army serving in Vietnam and then into the Coast Guard. As a non-military person, I was fascinated by his experiences, some very dangerous. His family was a major support throughout his entire life and his father’s advice was always perfect for his situations.

Throughout his book, A Gang Member’s Tale, Peter shared his many sexual escapades, vividly going through what happened with each woman (girls), and it was so detailed, it even made me blush as I was reading them!

The love of his life, his wife, Judy, is a beautiful, romantic partner, that he cherishes today as the first day he met her!

Peter’s experiences in the military were similar to his being in a gang. He had natural leadership ability and he watched out for his comrades and protected them when situations were testy. One example was when he took the dangerous job of disconnecting some bombs not knowing if they would blow up with him a part of the explosion. Vietnam made a big impression on him and he looked forward to returning home; however he was not finished serving his country and Peter went into the Coast Guard. 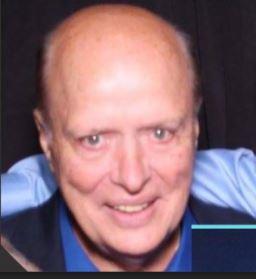 Whether you are male or female, had ever been in a gang, lived pre-Vietnam and after, there will be interesting conversations in each of the short 54 chapters.

Peter Wolfinger’s book is an easy read and will keep you turning the pages until the end!

About the author:
This is Peter Wolfinger’s first book and he is now working on another. He lives with his wife, Judy, in The Villages in Florida where he enjoys all the amenities.

Purchase a copy of Peter’s book at Amazon.com