“Turtle Planet… Compassion, Conservation, and the Fate of the Natural World” by Yun Rou

“Turtle Planet… Compassion, Conservation, and the Fate of the Natural World” by Yun Rou 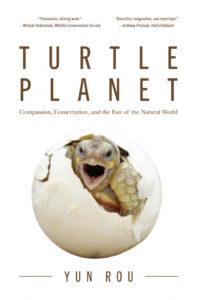 I didn’t know what to expect when I first started reading Turtle Planet, but I soon found that I was seeing the world through the eyes of turtles and it wasn’t such a pretty world.

The author cleverly had conversations with a variety of turtles who were worldly philosophers, explaining to the Taoist Monk the trials and tribulations of what man has done and continues to do to animals, humans, and our devastating environment.

I have always been fascinated with turtles and as a mother of three children, we bought them, put them in a glass terrarium and over a time were lost or died.

Also, I was fascinated with the large sea turtles who laid eggs on the beach and spent nights watching them drop and bury their eggs and then if we were lucky, spent early mornings watching newly hatched turtles dash for the ocean and swim away. Those were my turtle experiences.

But this brilliant author uses turtles to share his Taoist philosophy about the turmoil of our times, whether it is environmental, religion, human and animal cruelty.

Although the book only has 258 pages every page will hold your attention and you’ll become mesmerized by the conversations between the author and the turtles. There is a list of 109 turtles, many of whom Monk Yun Rou has cared for and will explain a little
about them.

If do you have any interest in turtles at all, you must read this book! Monk Yun Rou has authored many outstanding books. Some I have read. But, for me, this book is so close to my heart it made me tear up as I read what many turtles have had and continue to endure.

An important testimonial from The Wildlife Conservation Society explains perfectly the reason you should read this book.

“Turtles have been a part of earth’s natural balance for hundreds of millions of years. Now, human greed and indifference bring them to the very brink of extinction. In this passionate, shining work, Yun Rou champions their cause and indicts our self-distraction relationship with Mother Earth.” 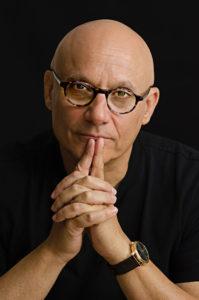 About the author:
Yun Rou has been called the “Zen Gabriel Garcia Marqez” for the works of magical realism, many set in China. Born Arthur Rosenfeld in New York City, he received his academic background at Yale and Cornell Universities and the University of California. He was officially ordained a Taoist monk in Guangzhou PRC. His award-winning non-fiction works on Taoism bridge science, spirituality and philosophy while his novels have been optioned in film both in Hollywood and Asia. He lives in the American southwest and travels extensively to the Far East.

To purchase a copy of this book, please go to Amazon.com