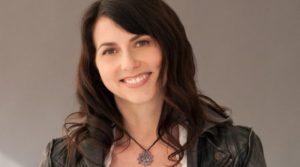 This is a fairytale story of an American woman who helped bring Amazon into its rare and extraordinary position in the world  of consumerism valuing it in  the hundreds of billions of dollars.

Recently divorced from Jeff Bezos, the founder of Amazon, Mackenzie and her new husband, Dan Jewett, have committed to being a part of the “Giving Pledge” with other billionaires who are committed to donating half of their financial worth during their lifetime to worthy causes.
Mackenzie, as a Princeton graduate, majored in English literature and has written two books: Testing of Luther Albright (2005) and Traps (2013).

She and Jeff have 4 children (1 adopted Chinese) and were married 26 years.  Her new husband, Dan, was her children’s science teacher and they live in Seattle.

They are fully committed to sharing their wealth with as many organizations that need financial help and if you have such an organization, send her a request for an application for a grant! Who knows? Look her up on Google and you can get her address.