You must read this book! No matter what your mood, you will be totally mesmerized with the author’s descriptions of what she sees, smells, tastes, fantasizes, creates, explains, challenges, all with a light-hearted spirit and details of events. Every short essay of personal deliberation runs the gamut from hysterical to serious, fascinating, and mysterious.

As I read through In My Next Life I’ll Get It Right, I could almost hear the waves and smell the salt air in Hawaii, where she and her husband, also a writer, live. That environment must allow Rosemary Mild to be so creative, as she doesn’t seem to leave any stone unturned. Here are some examples of an assortment of titles she delivers to express her essays: Medical Mishaps; Happy Hodgepodge; Close Encounters of the Fleeting Kind; Hawaii Adventures, and the most Poignant chapter, about their daughter, Miriam, who was one of the thirteen students on Pan Am flight 101 that Libyan terrorists blew up the plane that crashed in Scotland.

In everyone’s life, joy, and happiness meld together with sadness and grief, taking turns to allow some respite. Rosemary’s book fires up all those emotions, with extraordinary writing skills, so the reader will be held to each page. Most of the essays are short and to the point, such as “Driving Disaster,” “Ladies Rooms,” “A Grandma’s Dilemma,” “My Wonderful Hat,” to give you a taste of the variety of topics.

As a wife, mother, grandmother and great-grandmother, Rosemary is never at a loss to brag about her relatives and has an unusual romantic marriage to her second husband, Larry, who is also a writer. You can imagine what that household must sound like! The caricature on the cover of the book shows the true essence of Rosemary Mild. She is feisty, yet tantalizing, and nothing goes unnoticed, as her writing illustrates. She talks about her two marriages as “one good and one not-so-good.” She puts a positive spin on many topics, which will keep the reader totally involved. She surely did that for me. I’ve never actually met her but know her so well as a caring human being. One day, I will go to Hawaii and meet her! You should do the same, but in the meantime, buy and read her book to spend many hours of enjoyment. 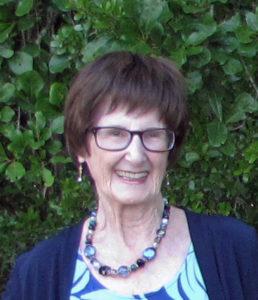 Rosemary Mild is an award-winning writer of personal essays that have appeared in The Washington Post, Baltimore Sun and elsewhere. She grew up in Milwaukee and graduated from Smith College, lived in Maryland and in 2013, she and Larry moved to Honolulu and are actively writing. (See the full page with some of their books.)

(To purchase In My Next Life I’ll Get It Right, go to Amazon.com)