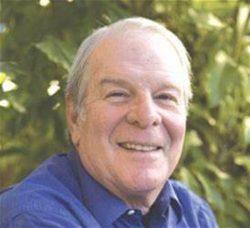 Cinco de Mayo is a Mexican holiday commemorating the defeat of the French army at the Battle of Puebla on May 5, 1862. Today, Cinco de Mayo (“5th of May”) is among the largest and most energetic celebrations in the world.

The recognition of Cinco de Mayo history quickly spread from Mexico to the United States, where it is primarily a celebration of the cultural diversity of America’s southern neighbor. Cinco de Mayo parties include plenty of specially prepared Mexican food—a good guacamole, tacos, enchiladas, burritos, and plenty of Latin spices. The holiday is usually an outdoor affair, and the pleasant spring weather is usually perfect for firing up the grill and cooking some sizzling barbecued meat, Mexican style.

Cinco de Mayo parties are often adorned with brightly colored streamers and Mexican flags flapping in the wind. No Cinco de Mayo bash is complete without a piñata, a decorated vessel, often made of papier mâché, filled with candy, fruit, and gifts. Piñatas are hung up for blindfolded people, usually children, to break open with sticks—the perfect way to punctuate a Cinco de Mayo celebration.

Here’s a punderful twist on the holiday:

In the early 1900s, Hellman’s Mayonnaise was manufactured in England. In 1912, the company enlisted the Titanic to deliver 12,000 jars of the condiment to Vera Cruz, Mexico, which was to be the next port of call for the great ship after its stop in New York.

This would have been the largest single shipment of mayonnaise ever delivered to Mexico. But as we know, the great ship did not make it to New York. It struck an iceberg and sank, and the cargo was forever lost.

The people of Mexico, who were crazy about mayonnaise and were eagerly awaiting its delivery, were saddened by the loss. Their anguish was so great that they declared a National Day of Mourning, which they still observe to this day—Sinko de Mayo.

The average person speaks at a rate of 120 to 180 words per minute. Professional newsreaders speak at around 150 wpm. Women speak a range of 7,000 to 30,000 words a day and men 3,000 to 12,000 words a day. That’s because women devote more brain power to conversation, speak more rapidly and constantly have to repeat themselves to get men to pay attention and understand what they are saying. This is in part because men are harder of hearing than women, or at least pretend to be.

Believe it or not, at the age of 82, I have now been alive for more than one third of the life of the United States of America as a nation.