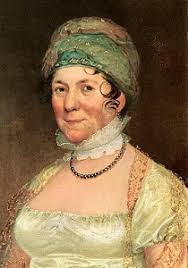 Five days after January’s mob assault on the U.S. Capitol, the ex-First Lady, “Cover Girl” Melania Trump, issued a widely ridiculed statement: “I find it shameful that surrounding these tragic events, there has been salacious gossip, unwarranted personal attacks, and false misleading accusations about me—from people who are looking to be relevant and (who) have an agenda.”

That statement was instantly attacked for its implied self-centeredness. Anita McBride, chief of staff for an earlier First Lady, Laura Bush, was among the first to weigh in: “Ata time when the nation is hurting so badly, and we are craving moral authority from our leaders, this should not be about how Melania may eel maligned.”

Since the dawn of the United States, every First Lady has come under attack, some in ways almost excruciatingly painful. “Being pilloried in the press is part of the job description,” said Eleanor Roosevelt who endured a relentless barrage of devastating attacks during her precedent-breaking reign (1933-1945). Today, she’s acclaimed by most historians as our greatest First Lady

Eleanor wasn’t alone in having to cope with attacks: The notorious Hollywood history of starlet Nancy Davis was dug up, and as First Lady(“Mrs. Hail to the Chief” Ronald Reagan), attacks on her reached a fever pitch, especially after it was revealed that she was relying on astrology to help direct the political maneuverings of her husband.

Few First Ladies have endured the ongoing venom aimed at First Lady Hillary Clinton during her extension of health insurance to more Americans, especially children. During her 2016 campaign for president, deeply disturbing verbal assaults (“LOCK HER UP”) were levied based on (in hindsight) relatively innocuous accusations involving some missing e-mails.

But in retrospect, perhaps the most vilified presidential wife in U.S. history was Dolley Madison, First Lady (and wife of our fourth president, James Madison) from 1809 to 1817. At the time, his detractors called him “the pygmy president” because of his height (5’4”). Today, he’s revered as “The Father of the U.S. Constitution.”

Dolley had lost her first husband when she was 26: Attorney John Todd, Jr., and her young son were felled by the yellow fever epidemic then sweeping through Philadelphia.

Perhaps in an attempt to emotionally recuperate, she moved to Washington, where her mother ran a boarding house. One of the boarders, a rising young politician named Aaron Burr [later Vice President during the administration of the third American President, Thomas Jefferson] fell in love with her and wanted to marry her as soon as his wife, then suffering from cancer, died in New York.

Burr made the mistake of introducing the arousing, vivacious young widow to another rising politician, James Madison. Perhaps based on political ambitions of her own, she agreed to an alliance (in this case, marriage) with him, coquettishly defining him as “a darling man who looks like he’s on his way to a funeral.”

[Throughout Madison’s life, he’d suffered from various illnesses: dysentery, rheumatism, hemorrhoids, and more. It therefore came as no surprise when she discovered, on their wedding night, that he was impotent, too.]

To compensate, she found herself another influential lover, the politically and socially prominent George Washington, who had long ago tired of his portly wife, Martha. [Martha, owner of 300 slaves at the time he married her, had been the richest woman in the North American colonies. Tall and broad-shouldered, Washington had an obvious physical fault: His wooden teeth had a tendency to rot.] As Dolley and he played cards, or whatever, they’d often share, together, the arrival of dawn. He referred to her as “the sprightliest partner I ever had.” [Was he talking about cards?]

Wanna discuss palace intrigue? Thomas Jefferson, President from 1801-1809, designated Dolley’s husband, James Madison, as his Secretary of State and moved him and his buxom wife into the White House. [Madison was accused at the time of “shamelessly pimping his wife to his boss.”

Jefferson’s wife, Martha, had died in 1782. Now a widower, Jefferson vowed never to marry again, preferring involvement with a number of mistresses, including Dolley, instead. During Jefferson’s presidential tenure, she was often at his side, presiding like a First Lady at parties, dinners, and political events.

Darwin Porter, sometimes with the collaboration of Danforth Prince at www.BloodMoonProductions.com, is the author of at least 50 seminal biographies of celebrities who include Judy Garland, Donald Trump, James Dean,

Bill & Hillary Clinton, and Ronald Reagan and his intensely competitive wives (Jane Wyman and Nancy Davis). His most recent biography is an overview of the arts-industry socialite Mercedes de Acosta, lover, muse, and mentor to some of the most influential and empowered actresses of the 20th Century.

For information about how you can meet him for an overnight at his home in New York City, click on https://AirBnb.com/H/Magnolia-House or contact DanforthPrince@gmail.com.

Be sure to listen to Darwin’s discussions with Anita at regular intervals on Zoomertimes TV. Boomer Times: Bringing you better access to a familiar friend.