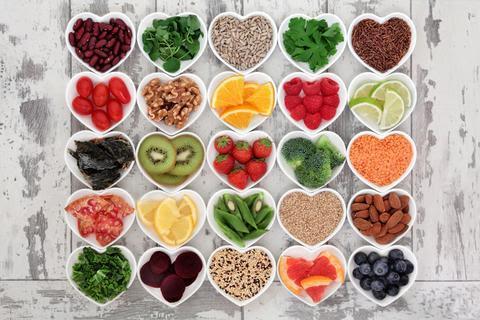 Whether roasted, juiced, pickled, or steamed, beets are a delicious way to add a ton of vitamins, minerals, and organic compounds into your diet. According to nutrition data gathered from Self, beets are exceptionally low in cholesterol and saturated fat, they are a particularly good source of dietary fiber, folate, potassium, and manganese, and they are a good source o fVitamin C, iron, and magnesium. One serving also contains a healthy dose of B vitamins and copper. One of the reasons we make a beet dip is because this superfood offers several health benefits. Here are seven reasons you should add beets into your diet:

#1. Beets help regulate blood pressure. Because beets are rich in nitrates (which is converted into nitric oxide by the body), they help to relax and dilate blood vessels, resulting in better circulation and a possible drop in blood pressure. Health.com notes a study published in 2008 by Hypertension, which that found that people who drank beetroot juice had a 10 mm Hg drop in blood pressure and less blood clotting three hours after intake than those who drank water.

#2. Beets boost physical stamina. Beet juice can help you go further, faster by allowing your blood to flow faster and your muscles to get more oxygen during a workout. Those nitrates that help lower blood pressure also help give an added physical endurance kick. A 2009 study in the Journal of Applied Physiology found that high intensity exercise performance improved with the help of beet juice. Male cyclists were able to peddle 15% longer in a timed trial to exhaustion. Their findings suggest that increasing the body’s nitric oxide by drinking beet juice “has the potential to enhance exercise tolerance during longer term endurance exercise.” Nitrate levels peak two to three hours after intake, so plan you work out accordingly.

#3. Beets can give you more brainpower. The added oxygen flow in your blood doesn’t just go to your muscles, it goes to your brain too, which improves cognitive functioning. Healthline references a study that found that drinking 1 cup of beetroot juice daily for two weeks resulting in participants scoring 4% faster on a reaction time test (one measure of cognitive function) than participants who were given a placebo. To read this entire article, go to BoomerTimesFL.com.

#4. Beets will keep you regular. The one cup of beets contains 3.5 g of fiber, with most of that being insoluble fiber. Mayo Clinic says that “this type of fiber promotes the movement of material through your digestive system and increases stool bulk, so it can be of benefit to those who struggle with constipation or irregular stools.” As beets make their way through digestive tract, they may turn your urine and stools pink or red, which may cause alarm bells to go off. Don’t panic !It’s just a pigmentation called betanin (and nothing to worry about).

#5. Beets can help improve the appearance of skin. Beets are loaded with antioxidants, which fight against damaging free radicals. Free radicals cause cellular damage and are partly responsible for the visible signs of aging. The powerhouse antioxidants that beets contain are phytonutrients called betalain. Prevention.com cites a 2015 review published in LWT—Food Science and Technology which showed tha tbetalain was better able to fight off free radicals than Vitamin C andanthocyanins.

#6. Beets fight inflammation. Inflammation is part of the body’s immune response. It helps to defend the body against foreign invaders, repair damaged tissue and helps in the healing process, but it can also be problematic when it becomes chronic. Beets can help reduce the intensity of chronic inflammation because they contain the amino acid betaine. According to an article published in Frontiers in Immunology, “Accumulating evidence has shown that betaine has anti-inflammatory functions in numerous diseases.”

#7. Beets are great for detoxification. The liver does a difficult and dirty job. It’s responsible for filtering blood, making proteins for blood clotting, detoxifying chemicals, and metabolizing drugs. In doing all this, it secretes bile which ends up back in the digestive tract. Beets help keep the liver clean and functioning. Those antioxidant betalains that help keep skin looking good, also help the liver to detox chemicals and toxins more effectively.

Beets also help to thin the bile secreted by the liver, allowing it to flow more freely into the small intestine. Beets get their “superfood” label for good reason. They boost energy, detox the body, improve cognitive and physical functioning, fight inflammation and leave your skin looking great. Not to mention, they’re delicious. They’re a healthy addition to any well-balanced diet. There are a ton of ways to eat them, from making soups, to roasting, to pickling, to juicing and more. (Our Beet and Balsamic Cashew Spread is another way to get a healthy dose of beety goodness). Don’t go too overboard on the beets, though. They have a high sugar content for vegetables, so they should be eaten in moderation.