“Groovin’ on the Half Shell” by Rose Mary Stiffin, PhD

“Groovin’ on the Half Shell”

Groovin’ on the Half Shell

I still find it difficult to believe that there really wasn’t a Blues singer named Carl Murray. I even looked it up on Google, hoping to find such a man who was from Mississippi who spent most of his adult life in Memphis. No luck! But this novel made its characters so real that I am still not positive about Carl!

As a fan of Blues music, I totally enjoyed Carl’s character, both as a family man and as a musician. He was such a romantic and caring person, yet the title says it so well…he had two pearls: one wife and one mistress, both in love with him and with each other. He married an incredibly young Mississippi virgin, Gertrude, with no experience as a wife but her innate intelligence made her a perfect partner for Carl who had big dreams of success as a singer with his PLAN as to how he would accomplish it. His success was going according to plan, except his plan for having children was not happening.

Segregation and integration were handled very well. Carl and Gertrude tried to find a job when they moved from a small town and explained what it was like for a black man and woman to live in the South in the 1940s. It also inserted what Jewish businesspeople went through. The Murray’s lives intertwined so nicely, with respect, kindness, and appreciation for one another. There are many twists and turns and the major one was when Carl met a sassy and sexy woman, Jessamae Freeman. The reader sees it as his having an affair, then moving on. But not Carl. When he got Jessamae pregnant, his dream of children became a reality, so nothing would do but he convinced his wife and Jessamae to become part of his family.

Carl Murray “shocked society and broke the laws of decency by not only falling in love with Jessamae but taking his mistress into the bosom of his home.” The twists and turns of each chapter keep the reader spellbound with exciting but sometimes heartbreaking scenarios.

Dr. Stiffin, the author, was our “Publisher’s Choice” with her book Reflections in our November issue. She is an incredibly talented novelist and I highly recommend that you read every book she writes. That is why we are featuring four of her books in our December issue. It will make having to be at home with COVID-19 easier to manage.

Here is one of the testimonials: “Rose Stiffin uses her wit and imagination to pen her wonderful ideas. Groovin’ is her latest achievement. It is a must 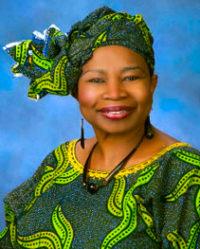 Rose Mary Stiffin, Ph.D. was raised and educated in Indianola, Mississippi, the hometown of the blues legend, BB King. She received her Bachelor of Art

degree in Chemistry from Mississippi Valley State University (1974), her Master of Science degree in Organic Chemistry from Mississippi State University (1981), and her Ph.D. (Biochemistry) from the University of Tennessee in Memphis (1995). She did her post-doctoral work at St. Jude Children’s Research Hospital in Memphis, Tennessee. She is the Chair of the Division of Health and Natural Sciences at Florida Memorial University, a small HBCU located in Miami Gardens, FL.

To purchase a copy of this book, please go to Amazon.com