Diana: In Her Own Words 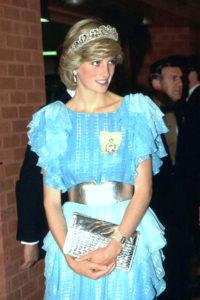 [EDITOR’S NOTE: I saw this documentary that National Geographic collaborated on and it was so well done, brining tears to what this Princess had to bear. Anita Finley]

Diana: In Her Own Words is a television documentary that was broadcast on Channel 4 in the United Kingdom on 6 August 2017. The film includes footage of the late Diana, Princess of Wales discussing aspects of her personal life, including her marriage to Prince Charles which was recorded during conversations she had with a voice coach in 1992 and 1993.

Netflix showed the documentary and is available on their channel. In July 2017, it emerged that Channel 4 planned to broadcast the documentary in the run up to the 20th anniversary of the death of Diana. On 30 July, The Mail on Sunday reported that Diana’s brother, the 9th Earl Spencer, had urged Channel 4 not to broadcast the tapes of his sister amid concerns it would cause distress to her two sons. His concerns were subsequently echoed by Royal commentators and friends of the late princess, including Rosa Monckton, who intended to write to the broadcaster urging them not to show the footage, which she said, “doesn’t belong in the public domain.”

The documentary drew a mixed reaction from critics. Figures indicated the film was watched by an average audience of 3.5 million.