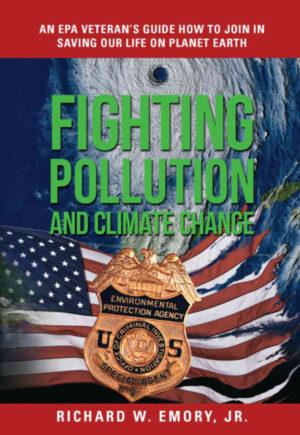 I have been reviewing hundreds of books over the many years of publishing Boomer Times and feel quite privileged to be reviewing this extraordinary book by a brilliant professional, someone who has lived the entire subject of our critical threat of climate change and fighting pollution in the United States and the entire world. It must have been very frustrating for Richard Emory to know and care so much about these huge subjects and not see strong enough efforts being made to tackle them.

As he said in his book on many pages, it will take a worldwide commitment from leaders and the world population to realize how devastating it will be if nothing is radically done starting now.

Emory’s book, Fighting Pollution and Climate Change is carefully organized to lay out the facts beginning with his chapter on Extinctions (past and present) all the way to today’s clean energy and the green movement. His chapter on Toxic Waste is crucial and scary and affects all animal and plant life.

The advantage that Emory had and what makes this book so powerful is that from 1980 until 2011, he worked inside the EPA with men and women and scientists who clearly saw climate change as a potentially horrific problem. This book displays the tools, policies, and laws needed to apply how to fight pollution and work on climate change. The problem that Emory explains is not enough is being done about these issues and blames the current administration for making it worse, not better. He tells us what both our nation and our planet are facing and what must be done. His book covers science, law, technology, engineering, economics, history, policy, and governance both domestic and internationally. His chapter on Rachel Carson was spellbinding. Never hearing of her before, I am now a devotee, and unfortunately, can only read her philosophy and writings since she died in 1964. Emory said that she wrote simply about science, almost poetically. “It is a wholesome and necessary thing for us to turn again to the earth and in the contemplation of her beauties to know the sense of wonder and humility. In every out thrust headland, in every curving beach, in every grain of sand there is the story of the earth.” She was so ahead of her time and her book, Silent Spring won awards explaining how pesticides were poisoning all of us.

My advice is to buy this book consisting of 289 pages of incredible information that is not easily found in one document. You will learn facts and more to fully understand why doing whatever you can in some small way to heal and prevent any more damage. 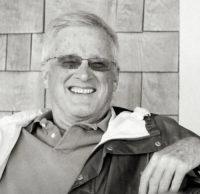 About the author:
Richard W. Emory, Jr. was educated at Yale University and Harvard Law School. As a long-time pollution fighter, he served from 1980 to 2011 in the Headquarters of the U.S. Environmental Protection Agency in Washington, D.C. and worked internationally from 1994 to 2011, providing foreign assistance to other countries. He lives in Boynton Beach with his wife, Donna. They have three children and seven grandchildren.

(To purchase Fighting Pollution and Climate Change…, go to Amazon.com)